As you’re hunting around for wireless headset to go with your unified communications implementation (because, as we’ve discussed, a proper wireless headset is crucial to user acceptance), you’ll likely come across the DECT standard. You may find yourself wondering just what DECT is and how it differs from Bluetooth. This simple post will, hopefully, put the matter to rest.

DECT stands for Digital Enhanced Cordless Telecommunications, although it’s also known as Digital European Cordless Telecommunications – which makes sense because it’s a standard that originated in Europe. It is used to connect a cordless phone to a base station mainly on wireless phone systems. DECT is also used for various other applications, ranging from
baby monitors to industrial remote controls, but for our purposes, we’ll focus on the phone systems.

DECT is used for both consumer and corporate phones. In the latter case, it can be used with a PBX (IP- or TDM-based) and a wireless LAN, enabling users to move around an office without losing their calls.

The standard is widely used in or near the 1.9 GHz frequency band; however, it does not interfere with other wireless technologies including Wi-Fi and Bluetooth.

People are often concerned that others could tap into their phone call via a wireless connection; however, according to Dennis Majikas, a service engineer with Jabra, “That is almost impossible to do once authentication is established. There are two areas of potential concern, the first is when the headset to base authentication is established which includes a number of handshakes and allows for establishment of a secure link. Once that happens the wireless headset then turns voice into digital data, encrypts that, and passes only the encrypted data back to the base (for both standards), making the conversation highly secure.”

Majikas adds, “DECT uses 64 bit encryption, and Bluetooth has 128 bit encryption, so once the wireless headsets are appropriately paired with their base stations the chances of someone effectively listening in on a call is virtually nil.”

DECT offers a much greater range than Bluetooth. DECT has a range of about 100 meters, whereas, Bluetooth ranges from 1-30 meters (depending on its class).

In an office environment, a Bluetooth-capable base station for a wireless headset would typically be Class 1. But a smartphone would be Class 2 so if the headset was to answer a call from the smartphone, it would automatically adjust itself to Class 2 power level. Class 3 is typically used for devices such as keyboards and mice.

On the other hand, a Bluetooth device can connect to up to 8 other devices simultaneously.  For example, a headset can be connected to a user’s mobile phone, computer-based soft phone and desk phone.

So the choice in wireless headset will largely depend on how it will be used. For office environments where users need it for their desk or computer-based phones, a DECT headset makes sense. The headsets will allow users to move around as much as needed.

On the other hand, if the wireless headset will also be used with a mobile phone, then Bluetooth may well make more sense. Mobility will be less of an issue since users have their mobile phones with them anyway, so they will likely remain within the 10-meter limit. The ability to use the same headset for both office and mobile phones is convenient. And if you’ve got a UC system that enables uninterrupted handoffs between computer-based softphones and mobile devices, that’s even better – the single Bluetooth headset should be all your users need. 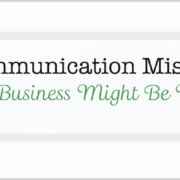 How Can SIP Leverage Your Real Time Communications?